William Robert Yasi (Robbie) is a full-time Digital Marketing Specialist for GlobalSeven Agency, a ministry-based US Company. He is also working as staff for YoungLife Philippines, a Christian youth organization. His participation during the 2010 Study of the US Institutes for Student Leaders on Global Environmental Issues and active involvement with the Silliman University Debate Society during his college years were what made him come up with the idea of GAEA. He graduated from Silliman University with a degree in Physics and is planning to obtain an M.Div. degree at Denver Seminary. Even though he dislikes introducing himself, he DOES like to write. So you can check out his blog. It’s awesome. 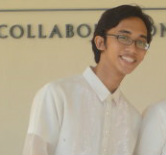 John Dale Dianala (JD) is currently an instructor while pursuing a Master of Science (Geology) degree at the University of the Philippines in Diliman.  His research thrust is in structural geology and tectonics, particularly in stress transfer after earthquake events.  Aside from teaching and research, he is also involved in the promotion of proper implementation of solid-waste management in his University, through the "Isko Cleans UP" (ICU) movement and teaches Civic Welfare Training Service, a course dedicated to instilling volunteerism and a sense of community to students.  A graduate of Bachelor of Science in Geology (cum laude),  he also has a strong interest in energy resources and energy policy for sustainable development.  JD attended the Study of the United States Institute (SUSI) for Student Leaders on Global Environmental Issues in 2010. 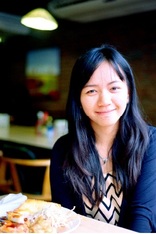 Rungtip Junlah (Piao) has a project on indigenous-based adaptation of bamboo fences at Khok Kham and Tha Kham, Thailand that aims to combat coastal erosion and effects of climate change by raising awareness of mangrove service through economic evaluation.  With a Bachelors degree in Environmental Science (Hon.) and currently expanding her specialized field in Advanced and Sustainable Environment Engineering, she has been working on nuclear power plants, green economy and eco-design, water and wastewater treatment plants, air pollution and contamination, international and local environmental issues, and oceanic modeling stimulation.  Piao continues to develop her environmental projects and personal skills as a leader.   She was a participant at Study of the U.S. Institute for Student Leaders on Global environmental Issues (SUSI) and South East Asia Youth Environment Network (SEYEN) in 2010 and became National Youth Advisor at the 5th Regional Meeting. 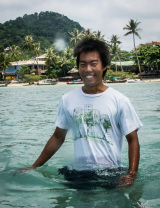 Tawin Kim (Tawin) has extensive experience in debate and environmental efforts.  He has served as Environmental Officer and was part of the organizing committee of the 6th European Union-Thailand National Intervarsity Debate Championship, where he was also a member of the National Champion team.  In Mahidol University International College, he was co-founder and president of the Nature Lovers Club, an environment-related student club.  Tawin was chosen to participate in the 2010 Study of the United States Institute for Student Leaders on Global Environmental Issues.

Study of the United States Institute (SUSI) on Global Environmental Issues Mentors and participants, Batches 2010 to 2012
Powered by